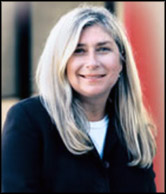 Please note that the Fellowship will not be awarded in 2021 but will resume in 2022. Thank you for your interest.

The PGA established the Debra Hill Fellowship in 2005 following the passing of Debra Hill, a pioneering producer, beloved mentor and long-time member of the Producers Guild’s Board of Directors. The Guild established the Fellowship to honor and extend Debra’s legacy, including her ardent support of such issues as producers’ creative rights, women in entertainment, and a variety of green and environmental initiatives, as well as her commitment to teaching and mentoring succeeding generations of producers. Debra’s visionary idealism has been incorporated into the Fellowship’s mission statement, which notes that the award "has been established to provide significant financial support to a promising producer as she or he embarks on their career ‘to change the world."

The Debra Hill Fellowship is typically awarded annually to a man or woman completing an accredited graduate program in producing, and whose work, interests, professionalism and passion mirror that of Debra Hill. Schools whose programs qualify for consideration include USC, UCLA, NYU, Columbia University, the American Film Institute, the University of Arizona, Chapman University, Columbia College Chicago and the North Carolina School of the Arts. The size of the grant varies with the support that the Fellowship receives in any given year. Significantly, the grant cannot be used for further educational expenses, but is intended to assist the recipient in launching a producing career, providing funds to secure overhead, option material, and covering other professional expenses.

The Debra Hill Fellowship, which is administered through the Producers Guild of America Foundation, isn’t just a way of honoring a beloved colleague, but a logical extension of the mission of the Producers Guild itself. As the nation’s most significant grant dedicated explicitly to emerging producers, it represents the Guild’s most significant outreach and commitment to the next generation of talented young storytellers.

Producing students interested in being considered for the grant should contact their graduate programs, as all candidates are submitted through program administrators.

We collect information via cookies in order to analyze use of our Site and improve your experience. By closing the message, or continuing to use our Site, you signify that you understand and agree to the use of these technologies, as described in our Privacy Policy